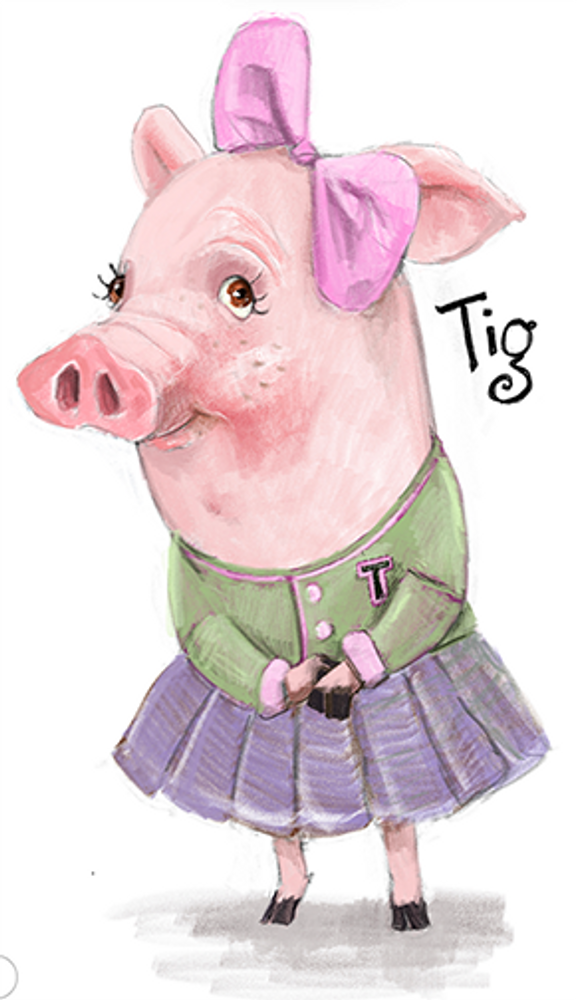 Introducing the main character to my new book, Tig Tig! a (most of the time) very sweet little pig. 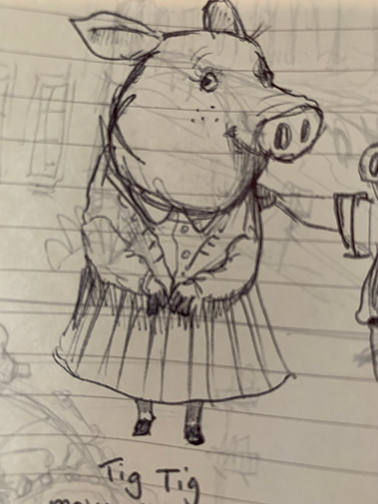 I've established the whole of the book in storyboard and excited to undertake it. To not just introduce you to Tig, her family, friends, but her world.

The story boarding of this book starts with thumbnails (below are select few) - these are small drawings that quickly attempt to capture the larger either 'feel' or concept ... 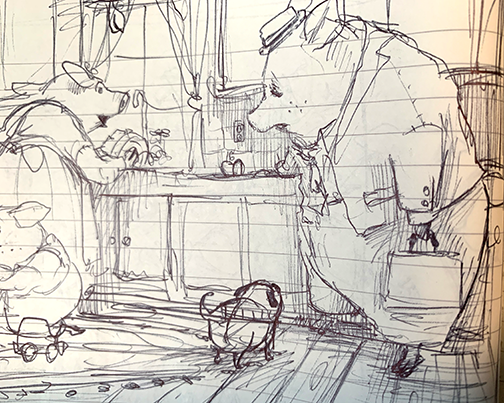 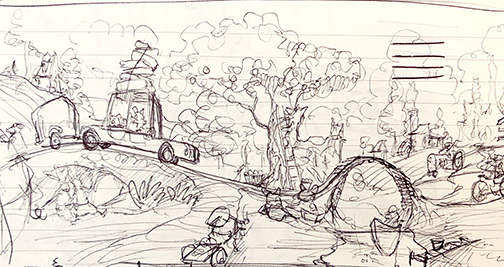 Next you can see where I started to refine the storyboard.

I start a project first with inspirational bits and pieces. This one's earliest inspiration was reflecting upon the influence of Richard Scarry and his books in my childhood. How he used animals as people as a result his books had further reach then even Dr Seuss - going worldwide to children and people everywhere. People weren't stopped by the look of the characters - "thats not the color of my skin' - but all could find themselves within the animals.

I then establish a look and feel of what I want my style to look like. In that process I become acquainted with new characters and my mind starts to work. I think of a world of animals and story lines begin to unfold.

This story in particular I see as my launching point to much much more... a world of stories and new characters.

I knew this story would need to be a 'stand alone' book, whether I did more from it or not. Fortunately a story unfolded that captured much of what has been on my heart over the last 7 years. And then I had to determine what it was I wanted to give with this book - clarify that - as that established the banks to my river. I then determined how it would end - when the book was shut, what was it I left my readers? 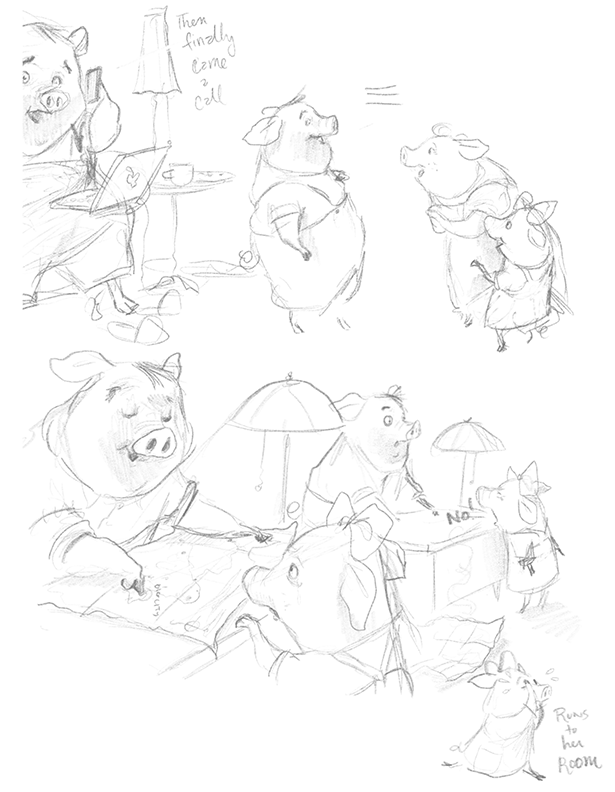 The above sequence that I story boarded (and that i like much) - captures a moment when her father, after losing his job, announces weeks later he found a new one. Tig is thrilled for her father, but when it dawns on her that she'll have to move... well...

I'll share more as I go along. I hope you enjoy the process.